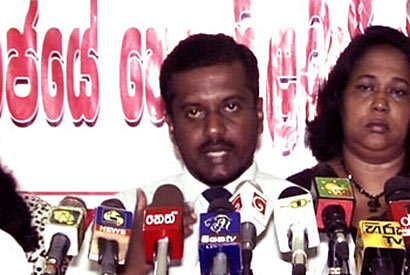 The Government Nursing Officers’ Association has decided to call off the island-wide nurses’ strike from 7.00am tomorrow (May 6), after considering the hardships faced by patients at hospitals owing to the trade union action.

President of the Government Nursing Officers’ Association (GNOA) Saman Ratnapriya, addressing press conference in Colombo today, stated that they have decided to call off the strike and give the government one week’s time to resolve the midwifery training issue.

Nurses at government hospitals across the island launched the strike on May 3 after talks between Health Ministry officials and the trade union to find a solution to the dispute ended in failure as both parties were unable to reach an agreement.

The Government Medical Officers’ Association (GMOA) and Government Midwifery Service Association had opposed a decision to provide midwifery training to nurses, resulting in the strike action.