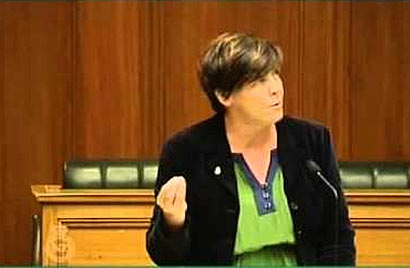 A draft resolution at the UN Human Rights Council in Geneva, sponsored by the United States, creates the opportunity for an international investigation into alleged war crimes. The resolution will be voted on near the end of the UN Human Rights Council session in late March. Canada, the United Kingdom and other countries have indicated they will support an international inquiry.

“The Human Rights Council session presents an opportunity for New Zealand to push for accountability and protection of human rights action in regard to the worrying situation in Sri Lanka,” Ms Logie said.

“Five years after the bloody civil war ended in Sri Lanka there has been no accountability for thousands of civilian deaths and this puts the lives of people today at risk, as well as future peace in the region.

“The Sri Lankan Government has set up a number of internal processes that have been discredited,” Ms Logie said.

“Given this was the regime in power during the final months of the civil war this seems hardly surprising.

“Those who speak out for human rights in Sri Lanka today face intimidation and abuse.

“New Zealand’s inaction in speaking out over human rights abuses last year during the Commonwealth Heads of Government meeting was shameful.

“It is vital that we speak out on behalf of those who have died in the Sri Lankan conflict and those that continue to suffer persecution.

“The people of Sri Lanka need a way forward from the trauma of the civil war.

“New Zealand is still accepting Tamil refugees under the UN quota system and they deserve to know that we are advocating on their behalf internationally.

“Countries such as New Zealand need to support the long overdue international investigation into the allegations of war crimes and abuse,” Ms Logie said.