One killed in Sri Pada fall 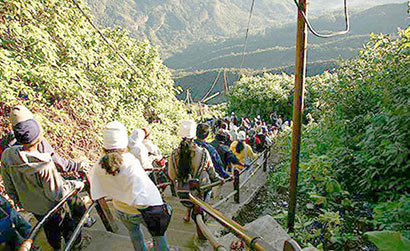 One person died and two were injured after they slipped and fell during the Sri Pada pilgrimage near Indikatupahana this morning, Police said.

They said there was one woman among the injured and they were admitted to the Maskeliya Hospital. The dead person was identified as an 82 year old resident of Ambalanthota.