One killed,30 injured in two accidents 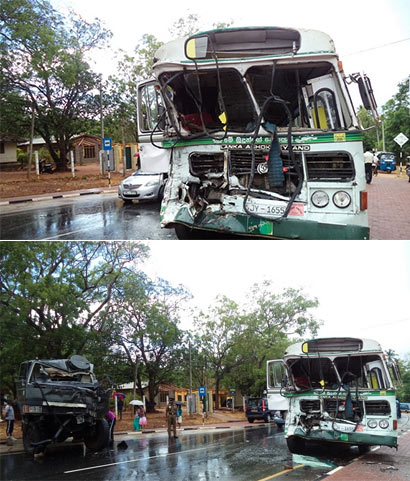 At least one person was killed and 31 others injured in two accidents in Nittambuwa and Dambulla, police said.

In Nittambuwa, one person was killed and three others including a child were injured when their three-wheeler skidded off the road at Thittawelmankada in Nittambuwa on the Colombo-Kandy main road last night.

Police said the injured were admitted to the Wathupitiwala Hospital and a woman and a child who were in critical condition were later transferred to the National hospital.

In Dambulla,  28 persons were injured after a truck and a private bus collided at Inamaluwa junction this morning, police said.