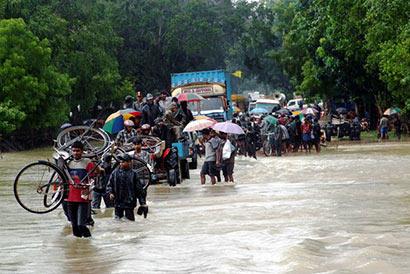 More than 288,085 people have been affected by floods and landslides in the country, the Disaster Management Centre (DMC) said.

The government has instructed the relevant authorities to take immediate measures to ensure relief for the families hit by the bad weather.

According to the Water Management Unit of the Department of Agrarian Development the opening of spill gates were done due to water levels of 300 tanks in the Anuradhapira District alone  have reached the danger level as a result of continuous rain.