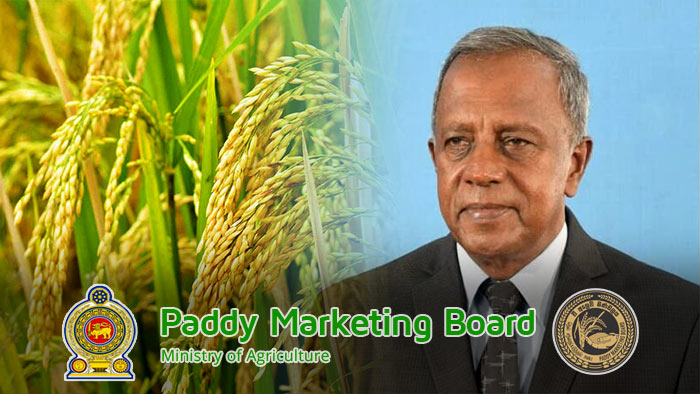 Paddy Marketing Board Chairman, Dr. J.D. Mannapperuma, tendered his resignation yesterday (15), saying he was “inconvenienced” the way the board has been functioning lately, with no policy in paddy and rice pricing. He said he “cannot function” the way he had been working earlier in such a backdrop.

Dr. Mannapperuma, who is a rice scientist, qualified in the USA, and has been in the paddy sector from 1972. He said changing the price of rice and paddy beyond a limit had inconvenienced him. “I am one of the founders of this Paddy Marketing Board I must say, but this is not the way to perform our duties.” He said paddy and prices are proposed three months before, after scientific calculations which were done by him.

Then it is changed several times which is unwarranted. It does not work that way, he said. Dr. Mannapperuma, who was appointed as the Chairman 20 months ago, said it is “difficult” to work as “policies keep changing.” Too often new Gazette Notifications are issued on the certified prices and farmers don’t want such price changes.

Farmers will not sell paddy if this goes on, he warned. He also said that is why people start hiding rice and paddy and other commodities, leading to a price hike in the market. “I don’t believe in work that is not methodical and this policy change from time to time will create a shortage of paddy,” he added.