Parliamentary subcommittee to look at adding law to school curriculum 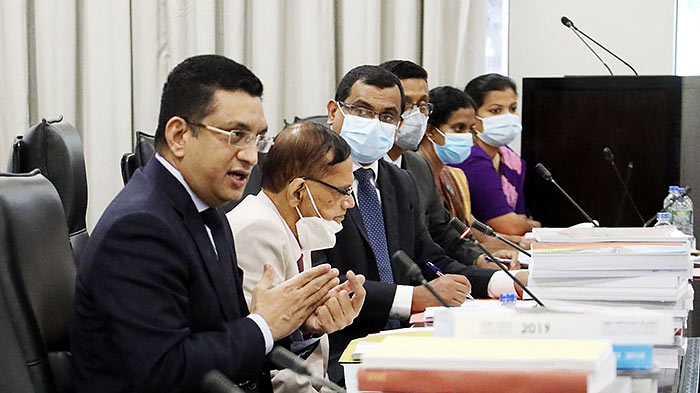 A Parliamentary subcommittee has been appointed to formulate an appropriate methodology to include law as a subject to the school curriculum.

The sub-committee was appointed at a special joint meeting of the Ministerial Consultative Committee on Education and Justice chaired by Education Ministesr Prof. G.L Peiris and Justice Minister Ali Sabry PC.

Sabry, speaking at the consultative committee meeting, said it was important to impart a basic understanding of the law to children as the present public knowledge of the subject is unsatisfactory.

He said basic knowledge of the law is taught in developed countries and that there is an urgent need to incorporate this to the school curriculum in Sri Lanka.

Prof. G.L Peiris instructed the committee members that the report containing the recommendations be submitted within two months, following which law as a subject would be included in the school curricular.