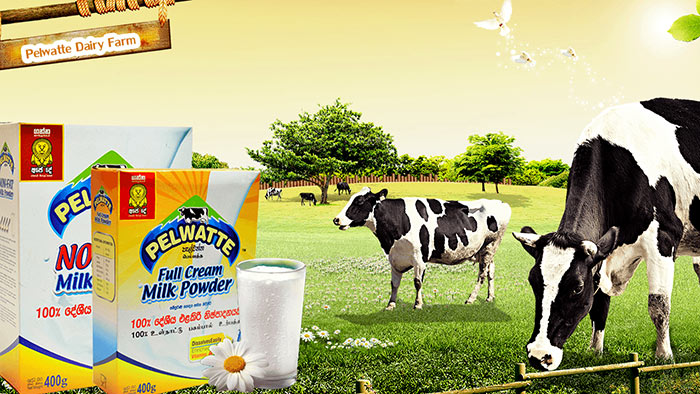 Pelwatte Industries said it planned to catalyse and distribute it amongst 1000 dairy farmers in the upcoming six months as its first phase.

SAPP is implemented by the Ministry of Agriculture that aims to facilitate rural small holder farmers with a key focus driver of ‘Public – Private – Producer Partnership’ in terms of building commercial partnerships, in providing access to finance, improving technical know-how and financial literacy while focusing on assisting the famers to improve their technology and resources by introducing mechanisation and towards implementing sustainable agricultural practices.

The project facility revolves around a 4P value chain model that brings public sector, rural smallholder farmers and private sector companies to a common platform, uplifting the economic and social standards of the rural farmer communities while improving the overall productivity of milk production.

Commenting on the project facility and execution, Deputy General Manager Susantha Malwatte said: “I am really delighted that Pelwatte Dairy is a recipient of the prestigious SAPP project facility. We currently have a registered dairy farmer base of over 12,500, with over 40 milk collecting centres encompassing the Uva, Central, Eastern, North Central and North Western Provinces, we hoard over 100,000 litres a day collectively. I believe that our engagement with SAPP will support the economic and social upliftment. As our first phase, we hope to SAPP to support 1,000 dairy farmers in six months to come.”

As a beneficiary of the project facility, Pelwatte Dairy would be able to double the existing daily milk production by the third year from now through effective and strategic productive measures. It will improve quality of the milk and improve herd management. Beneficiary farmers will be able to avail themselves to credit facilities with subsidised interest rates under easy payment schemes.

The project will create new jobs and opportunities while also developing women empowerment and improving youth participation in the industry. The initiative will promote youth entrepreneurship with several with the overlook of several mentors. SAPP will educate beneficiaries on the impacts of climate change and resilience. The project facility will also be able to create fodder and silage providers and AI technician Specialists.

Pelwatte Dairy said that the 1,000 beneficiary farmers would be able to produce over 45,000 litres a day after the third year of the intervention. This will bring in the farmers at least Rs. 130,000 per month. The company hopes to train and facilitate at least 10 youth to be AI technicians while also developing 10 commercial fodder growers to support project beneficiaries by the first year of intervention. In addition to all this, the company hopes to develop dairy training and research centres by the second year of intervention.

Pelwatte Dairy has already taken steps to ensure effective and efficient usage of the project facility, thereby hoping to improve productivity, uplift lives and revive the industry and the economy.