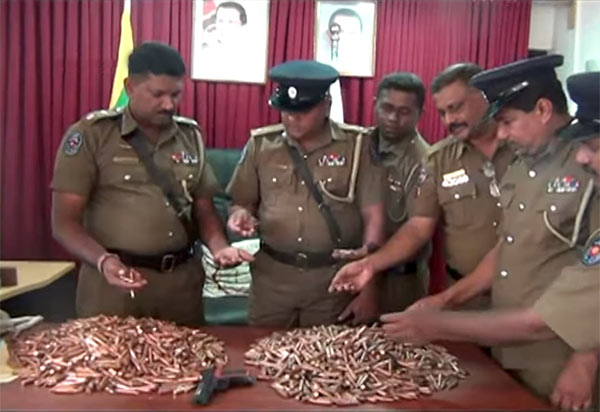 Four individuals including an accomplice of gang member Kosgoda Sujee were arrested by the Siyabalanduwa Police.

The Police had managed to arrest the four suspects along with 3,000 T-56 bullets, 32 9mm bullets and a luxury van based on a tip-off received.

The police confirmed that the arrested group includes a former Navy official named Ladduwa Roshan and two females and they were all identified as residents of Hikkaduwa.

The ammunition was seized while the stock was being transported towards Galle.