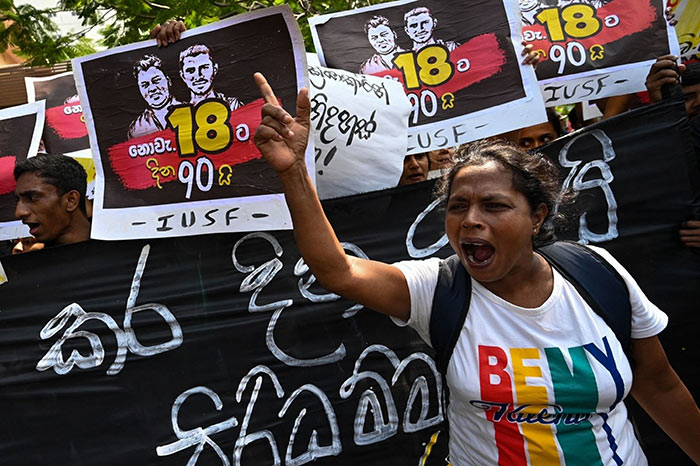 Anti-government demonstrators and university students protest to demand the release of their leaders outside the United Nations (UN) office in Colombo on November 18, 2022. (Photo by ISHARA S. KODIKARA / AFP via Getty Images)

One student has been arrested by the police.