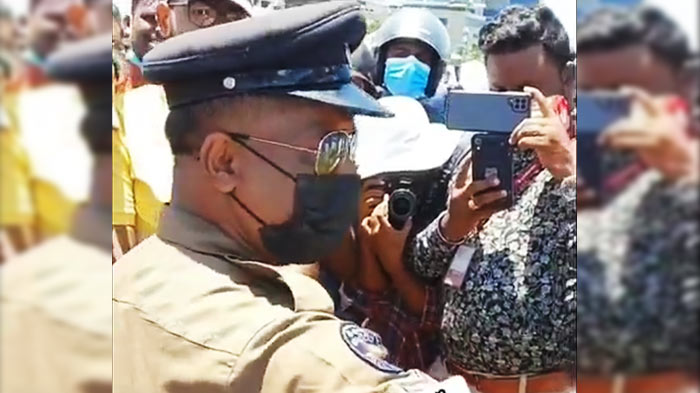 The Police headquarters states that it has decided to take disciplinary action against the Police officer who had attended the protest at Galle Face Green (Gota Go Gama), he has been taken in for questioning by the Police Special Investigations Unit.

The Police sergeant attached to the Kuttigala Police Station and was joined at the Galle Face agitation site (Gota Go Gama), went vocal over the ongoing issues in the country and appealed to other police officers and triforce personnel not to defend those at fault.

His comments were recorded on video and soon spread on social media.

Sources said the police sergeant was yesterday evening (April14) taken in for questioning by the SIU and disciplinary action will be taken against him.