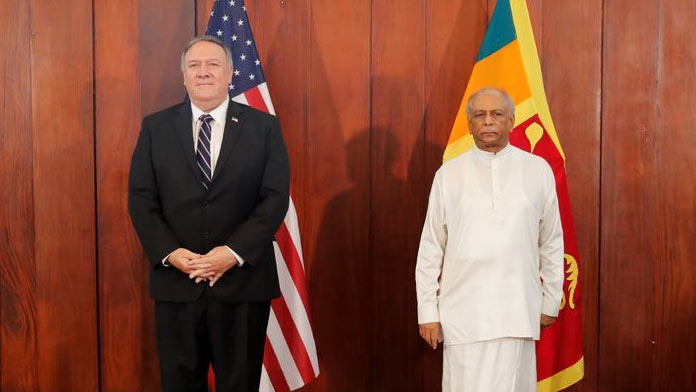 U.S. Secretary of State Mike Pompeo said on Wednesday the Chinese Communist Party was operating as a “predator” in Sri Lanka, as the top U.S. diplomat kept up tough criticism of China on a tour of Asia.

Pompeo arrived in Sri Lanka from India as part of a four-leg tour aimed at bolstering allies against China’s increasing political and military inroads in the region in recent years.

“We see from bad deals, violations of sovereignty and lawlessness on land and sea that the Chinese Communist Party is a predator, and the United States comes in a different way, we come as a friend, and as a partner,” Pompeo told a televised news conference in the capital, Colombo.

In contrast to India, which is locked in a military stand-off with China and was the first stop on Pompeo’s trip, Sri Lanka is a close ally of Beijing.

China has invested billions of dollars in Sri Lankan ports and highways as part of its Belt and Road Initiative of transport and energy links, a programme the United States believes is designed to trap smaller countries in debt.

“We hope to continue with our relations with the United States and other countries.”