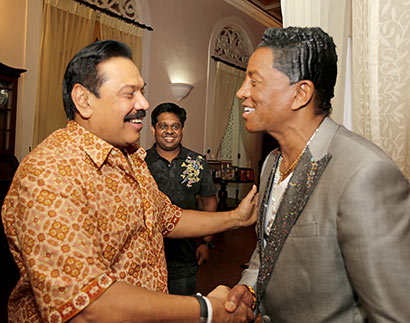 When Jermaine met President Rajapaksa, he presented the President a book he wrote about his late brother Michael Jackson titled “You Are Not Alone Michael: Through a Brother’s Eyes.”

Jermaine Jackson (59) arrived in Sri Lanka on 12 August. On his arrival at the Katunayake airport Jermaine said that he was visiting the island at the invitation of Parliamentarian Namal Rajapaksa. Jermaine who was considered a confidant of his late brother Michael Jackson said he would be in the country for ‘about three days’. He mentioned that the main intention of his visit was to have a view of the present situation in Sri Lanka since the eradication of terrorism and also to look into investment opportunities in the island.

Jermaine also said that among other objectives of the visit, he would be planning a mega musical concert in the country. Speaking to media Jermaine said the group now known as the ‘Jacksons’ would be coming down to Sri Lanka in due course. “The ‘Jackson Five’ would never be the same without Michael, so it would be the ‘Jacksons’ who would be touring here.”

According to reports the purpose of the star’s visit is to consider possible locations for a future concert. Jermaine was accompanied by his wife and two others. 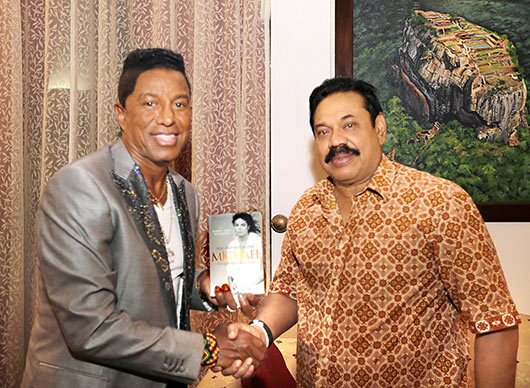