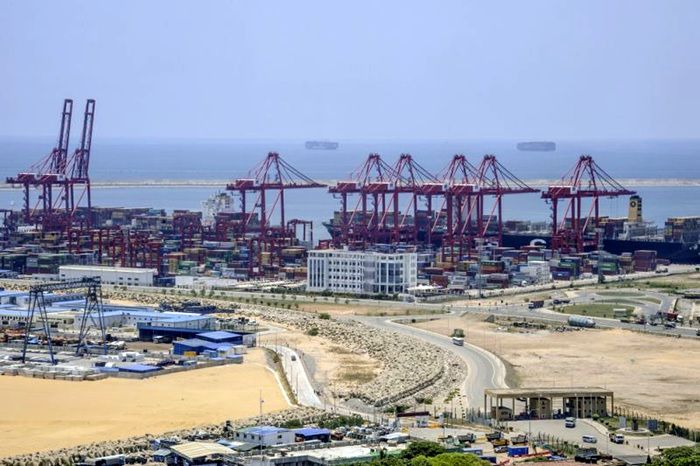 Port workers yesterday held a silent protest opposite the Colombo Port, alleging that moves were afoot to sell the East Container Terminal (ECT).

Chairman of the Liberated Port Workers’ Union Prasanna Kalutharage said that the workers would jointly oppose moves to sell the ECT to an Indian company.

Kalutharage said: “All port employees are against the sale. Sri Lanka has the technology and the capability to operate the ECT.”

Members of the All Ceylon General Port Employee Union, Niroshan Gorakanage and the Progressive Trade Union on Commerce, Industry, and Services also took part in the protest.

Chairman of the Sri Lanka Ports Authority (SLPA), Retd. General Daya Rathnayake said that the government had not taken a decision to hand over the ECT to India. He said that the yahapalanaya government had signed an agreement with India and that the current administration had appointed two committees to study it.

Cabinet co Spokesman Minister Keheliya Rambukwella said the Cabinet had been presented with a proposal for starting a joint venture with an Indian company. However, no final decision had been taken in that regard, he added.