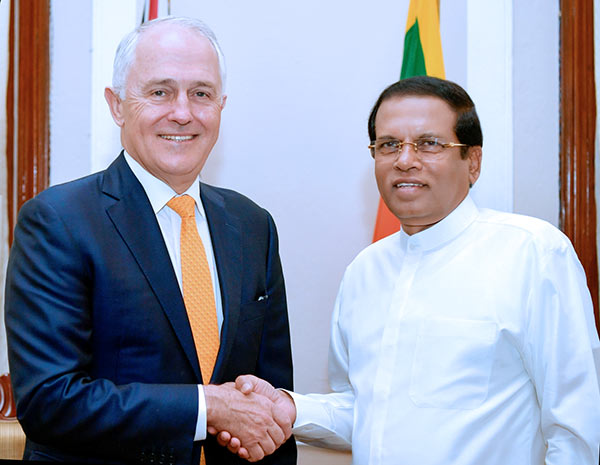 Mr Turnbull said this when he held bilateral discussions with President Sirisena at the Presidential Secretariat in Colombo yesterday (November 2). Australian Premier thanked the President for excellent cooperation extended to fight transnational crimes including human smuggling and drug trafficking.

President Sirisena thanked the Australian Prime Minister for continuous assistance provided to Sri Lanka’s development activities and support extended at international forums. He made a special mention about the field of drugs and narcotics and said that illegal drugs is a major problem for Sri Lanka. He pointed out that because Sri Lanka is an island, many international narcotic cartels use this country as a hub for smuggling activities. He thanked Australia for assisting Sri Lanka’s coastal security operations by providing fast naval patrol crafts in the last few years.

President Sirisena thanked Premier Turnbull for paying this visit to Sri Lanka, though the visit was a very brief one.

Premier Turnbull said that he was glad he could visit Sri Lanka in this 70th anniversary year of diplomatic relations between the two countries. President and PM of Sri Lanka also visited Australia and all these result in further strengthening bilateral relations, he said. 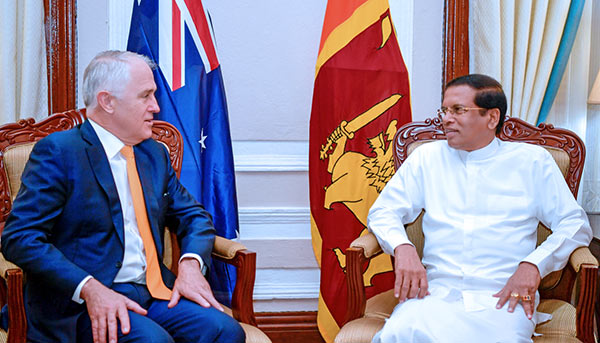