President as Chief Guest at the Pakistan Republic Day celebrations 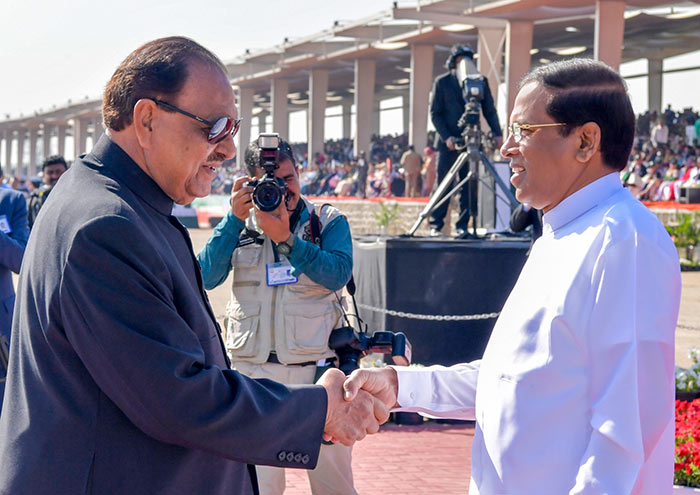 The Pakistan Republic Day celebrations were held in Islamabad, yesterday (23) on a grand scale with Sri Lankan President Maithripala Sirisena attending the celebrations as the Chief Guest.

The President was warmly received by the Prime Minister of Pakistan, Shahid Khaqan Abbasi when he arrived at the venue.

With the arrival of the President Sirisena the programme commenced, and the dignitaries including the Presidents of both countries observed the tri forces parade, cultural pageant and Air show.

Military forces from Bahrain, Jordan and United Arab Emirates have also joined in this Air show with the Pakistan forces.

It was followed by the speech delivered by Pakistan President Mamnooon Hussain, who made a special note on the friendship shared by Pakistan and Sri Lanka. He thanked President Mithripala Sirisena who participated in the Republic day celebration, accepting his invitation and said that the people of Pakistan expresses heartfelt gratitude to the Sri Lankan President.

The premises where this celebration was held was provided with high security while the warm welcome with dignity given to President Maithripala Sirisena will open new pathway for the Sri Lanka –Pakistani bilateral relations.

The reconstructed Buddhist International Cultural Centre in Islamabad will be re-opened by the President Sirisena in this afternoon.

The bilateral discussions between President Sirisena and Pakistan Prime Minister Abbasi will be followed by signing of four agreements between the two countries. 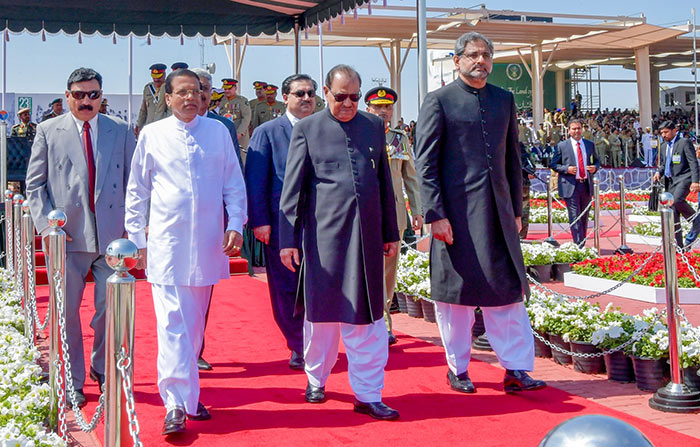