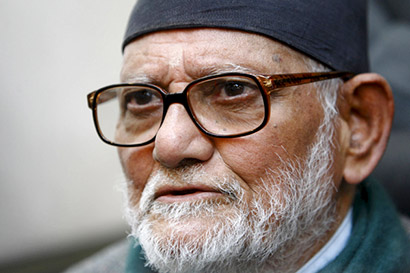 President Mahinda Rajapaksa has written to the new Nepali Prime Minister Sushil Koirala to congratulate him on his assumption of office this month.

“Your election is a reflection of your wide acceptance by the Nepali people to lead the country at this critical juncture in its political and constitutionalhistory,” President Rajapaksa wrote in his message. “You bring to this high office extensive experience from your long and illustrious career in politics.”

President Rajapaksa, in the letter, also commented on the historically strong relations that Sri Lanka and Nepal have maintained throughout the years.

“Sri Lanka and Nepal share the warmest of relations based on cultural and religious ties dating back to time immemorial, with Buddhism playing a seminal role,” the President said. “The recent years have seen our engagement tremendously enriched with robust cooperation both bilaterally and within
the framework of SAARC.”

Prime Minister Koirala received more than two-thirds of the vote in Nepal’s Parliament with 405 lawmakers voting in favor of his appointment as the country’s new premier.