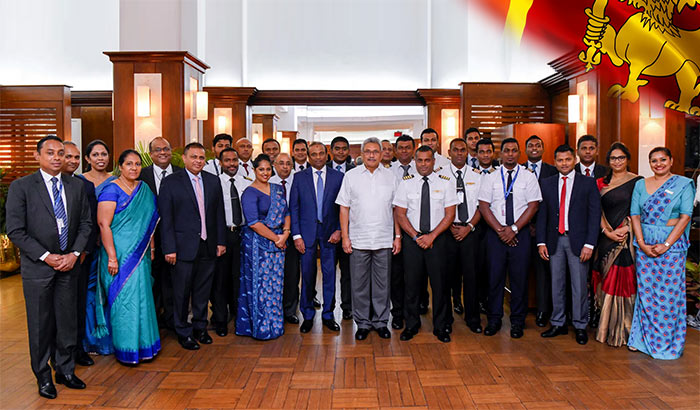 President Gotabaya Rajapaksa commended the SriLankan Airlines crew who flew to Wuhan, the epicenter of coronavirus to bring back Sri Lankan students.

The crew joined a luncheon hosted by the President at the Presidential Secretariat yesterday. Led by the Chairman of the Airline Ashoka Pathirage, Board of Directors, engineers and pilots and the crew who took part in the operation were present on the occasion.

President Rajapaksa said the commitment and courage exhibited by the entire group is a good example for the other sectors in the country. Everyone worked towards a single objective. The risk taken by them is a historical milestone in the annals of SriLankan Airlines.