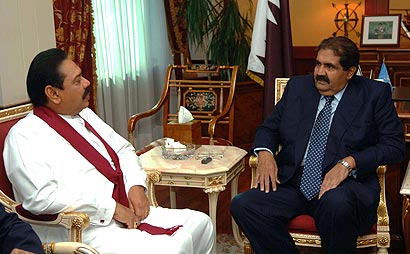 President holds bilateral talks with Heads of States attending the UN GA summit. These bilateral discussions with heads of friendly nations held in the side line of the special UN Summit on Millennium Development Goals convened by the UN Secretary General.

Later, in the evening President Mahinda Rajapaksa is expected to meet several other heads of States where he will apprise them of the post conflict development and peace situation in the country. Sri Lanka has accorded highest priority to obtain Foreign Direct Investment to boost its economy in the country in addition to its all out efforts to promote economy by way of enhanced productivity in the fields of fishery, agriculture and the tourism sectors.

1.President Mahinda Rajapaksa who is in New York to attend the 65th UNGA summit met Sheikh Hamad bin Khalifa Al-Thani Emir of the State of Qatar. 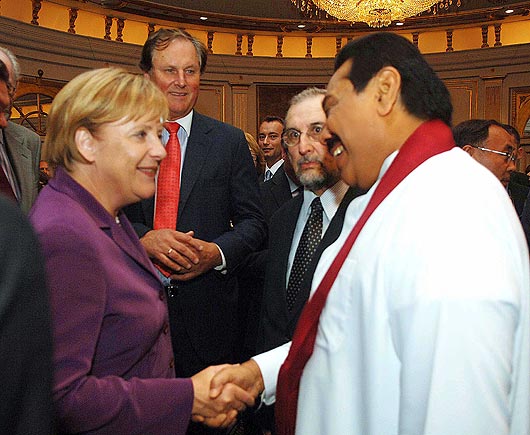