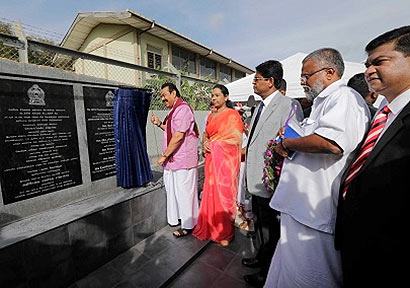 Over 63 Mw of power is to be transmitted to the Jaffna peninsular through the substation for which the Government has spent Rs. 1,800 million. Over 120,000 households and the small and mega scale industries in the peninsula will be supplied electricity from the national grid.

With the new connection, 24 MW Uthuru Janani Power Plant get connected to the single grid network of the country.

Earlier the Jaffna Peninsula was powered by the power from the Lakshapana hydropower plant but after 1990 Jaffna got isolated from the national grid due to terrorist activities. The north was then powered through large scale private generators.