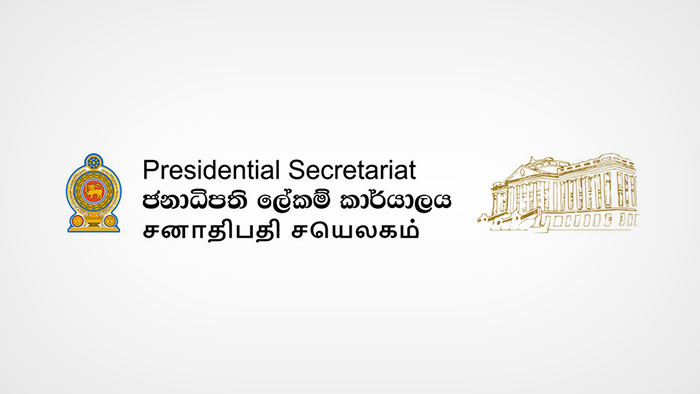 The Presidential Secretariat has issued a Special Circular limiting the allowances and other facilities of Chairmen and the Directors of Government bodies.

This Circular issued by Secretary to the President Dr. P.B. Jayasundera has also set guidelines for streamlining public sector administration while ensuring zero tolerance of waste, irregularities and corruption.The Circular outlines that a Chairman of any Government entity could only draw a monthly allowance of Rs. 100,000 with only one official vehicle and fuel allowance equivalent to 150 litres or a monthly allowance and other facilities specified by the Treasury, whichever is less.

The other Board members have also been barred from using official vehicles other than for the purpose of attending Board meetings and they are entitled to a monthly allowance of Rs. 25,000 regardless of the number of Board meetings held within the month.

All Ministry Secretaries, Heads of Departments and Statutory Bodies should obtain special approval from the Presidential Secretariat with the recommendation of Treasury Secretary if they deviate from these conditions.

The Heads of Statutory Bodies including fully and majority owned State companies have also been directed to work within the relevant institutional setup along with the respective Chief Executive Officers, General Managers and Directors General for the discharge of duties of the respective institutions.

They have also been issued specific instructions to prevent duplication of work, operation of multiple divisions, units and projects where work overlaps.

Respective budgets and spending programmes of Government entities are also to be reassessed with the objective of identifying the priorities in the context of the Government’s development initiatives to provide an efficient service at the least cost.

The Circular has also informed the heads of institutions to target a 25 per cent saving from their approved budget in the backdrop of the overall benefits that flow from the recently announced tax reduction and simplifications introduced to the related systems and procedures.

The Circular has given guidelines on how every employee of the institutions concerned can get involved in the productivity process while discharging their duties and responsibilities.

It has also drawn special attention of the Heads of Government Bodies on the expenditure, advertising marketing and promotional budget, expenditure on fuel, electricity, communications, travel and use of vehicles of respective institutions.

This Circular states that the President is of the view that the quality of the outcome of most public sector expenditure could certainly be improved, the quantity could be condensed through prudent coordination and that periodic expenditure reviews must be done through a cost-benefit-analysis in terms of ultimate results.

Public institutions have also been directed to take immediate measures to simplify their systems and procedures to ensure that the public service delivery mechanism would become more efficient and people friendly.