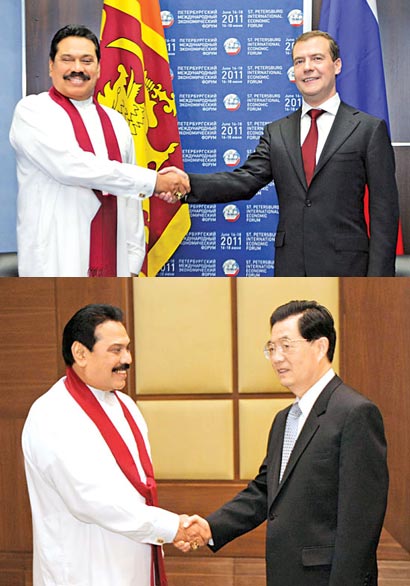 “We respect the sovereignty of Sri Lanka and oppose external forces intervening in the internal affairs of Sri Lanka,” President of China Hu Jintao said in the course of bilateral talks he had with President Mahinda Rajapaksa at the Corintia Nevsky Hotel yesterday.

He said that under President Rajapaksa’s leadership, Sri Lanka is politically well-stabilized and development has been accelerated.

He expressed his satisfaction over the progress made in respect of resettlement of IDPs in the North and East and facilities provided for them and pledged his continuous support for development activities.