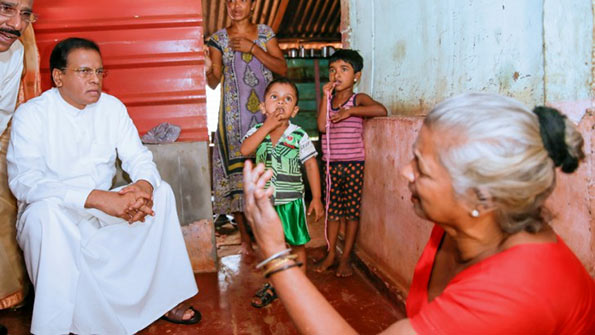 President Maithripala Sirisena visited the Thilippalei area in Jaffna district to look into the well-being of the people living Welfare Centre.

More than 1500 people from Palali , Kankesanturai and Mailadi  areas , who were displaced  due to terrorist action live in this Welfare Centre for the past 25 years and at present they are being faced with many difficulties.

Subsequently, the President visited to a temporary shelter built at the venue and also engaged in a very cordial discussion with the residents.