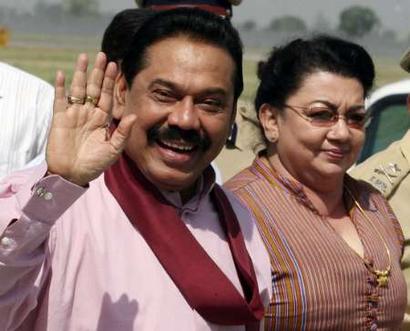 President Mahinda Rajapaksa met Tamil Nadu Parliamentarians yesterday during his visit to India and the Parliamentarians expressed their willingness to cooperate with Sri Lanka in raising the standards of living of the people of the North including the resettled Internally Displaced Persons, a press release from the Presidential Media Division said yesterday.

The President invited the Tamil Nadu Parliamentarians to visit Sri Lanka to see for themselves the socio-economic development taking place in the north of Sri Lanka, it said.

Special attention was drawn to the resettlement of the IDPs during the meeting where President Rajapaksa emphasized that the Government of Sri Lanka was implementing the resettlement process methodically and expeditiously. He said the people in Relief Villages set up by the Government were being resettled with all the infrastructure facilities.

Their housing, health and livelihood development aspects were also being addressed, the President told them, the press release said.

President Rajapaksa said he considered all groups living in the country as Sri Lankan citizens with equal rights and a massive reconstruction program was under way to develop the northern regions. The Government of India had extended its cooperation toward this effort, he said.