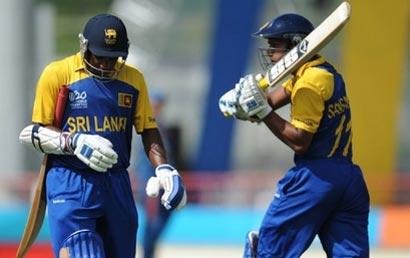 Muralitharan, the world’s leading Test and One-Day wicket-taker, returns to the squad after recovering from a groin injury picked up during the Caribbean World Cup.

Jayasuriya, at 40 the world’s oldest player in the international arena, continues to show poor form in the national side. He scored an average 3.75 runs in six matches during the Caribbean World Twenty20 in April-May.

Jayasuriya, who was rested for the just concluded tri-nation Zimbabwe tour, had also been left out of the national squad for the tri-series in Bangladesh earlier this year.

The team management dropped him as a specialist opener and moved him down to the middle-order in the limited-overs game last year.