President meets UN Chief and holds talks with other leaders too 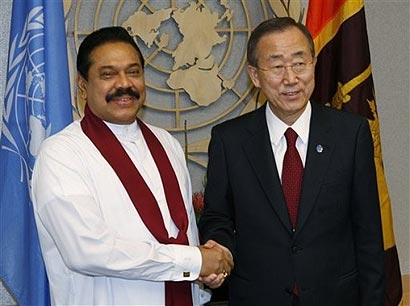 President during his address in UNGA had apprised the world leaders of the latest post conflict situation in Sri Lanka and said that as he mentioned in his address to UNGA Sri Lanka has accorded highest priority on building a lasting peace, healing wounds, ensuring economic prosperity and guaranteeing the rights of the whole nation to live in harmony.

President and Mr Ban also exchanged views on the UN SG Committee on Sri Lanka and President said that he has established Lesson Learnt Reconciliation Commission in expression of principles of Accountability and the Commission has already submitted to him some proposals to be implemented in the administrative process in the country. 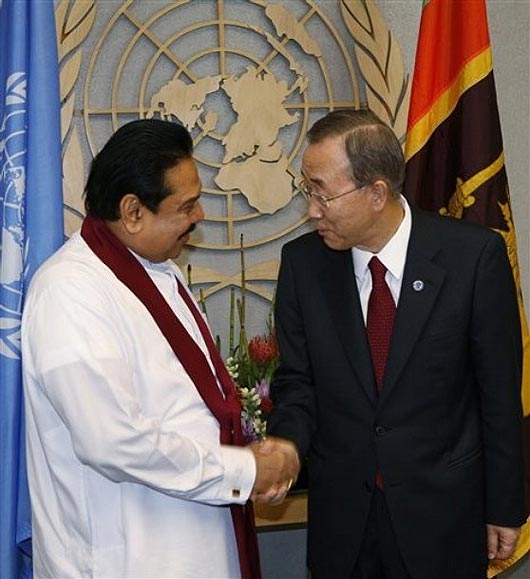