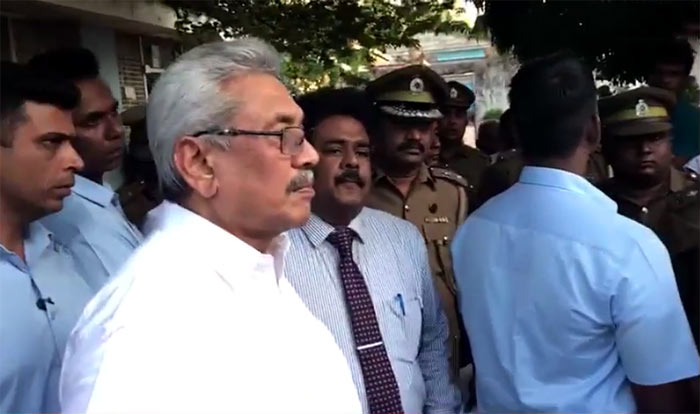 President Gotabaya Rajapaksa visited the Welikada Prison yesterday afternoon on a sudden inspection tour. He spoke with the inmates being held in remand. Most of them were in remand for illegal possession of heroin and other prescription substances.

They told the President that the number of prisoners in the Welikada prison is three times the size that the prison can accommodate.

They also informed President Gotabaya Rajapaksa, that a lot of time was spent hearing cases that were filed without any credible evidence and that this led to them been incarcerated in prisons for a longer period.

They were told by President Rajapaksa that he will take steps to appoint a Committee to look into their problems and improve the conditions in the prison.