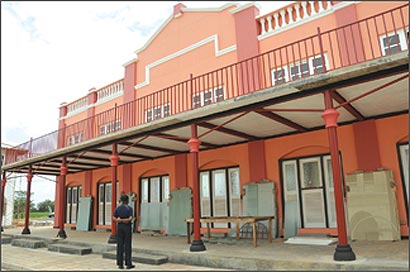 Around 450 artistes will take part in the event which will felicitate President for his yeoman service to the industry.

The park which includes facilities required to produce films and teledramas began work in 2008 . The first stage of the project has been completed at a cost of Rs. 600 million.

The whole process is expected to be completed in three consecutive stages.

The construction process is funded by the revenue from the taxes levied on foreign teledramas, films and advertisements imported by local television channels.