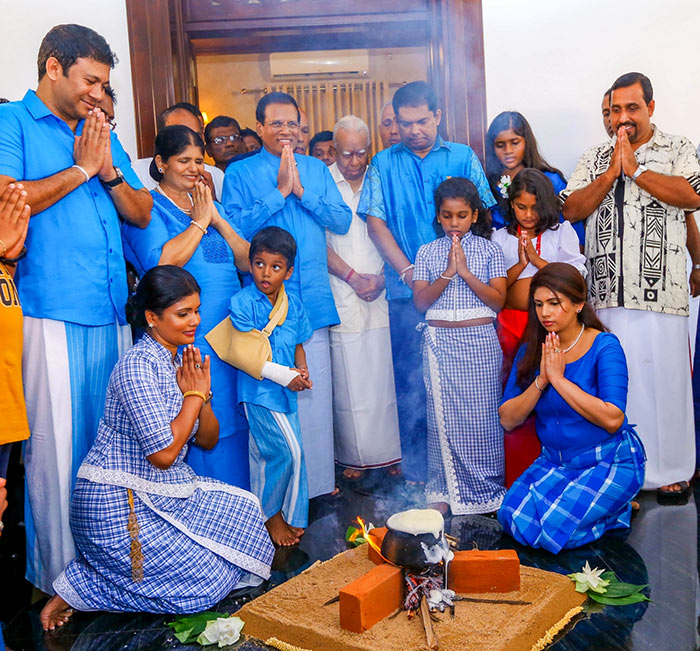 The President joined the ritual to light the hearth with Mrs. Jayanthi Sirisena and other members of the immediate family.

The President planted a Beli sapling at his official residence at the auspicious time.

Thereafter he engaged in the tradition of transactions for the New Year.

Many people including Parliamentarians and artists visited the President’s residence to greet the President for the New Year.