President Rajapaksa arrives in Kazakhstan on a state visit 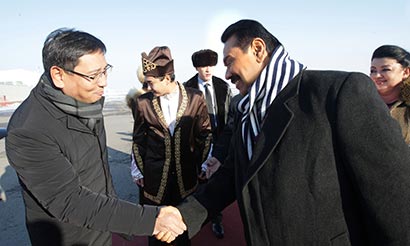 President Mahinda Rajapaksa arrived in Astana, Capital of Kazakhstan this afternoon on 19 November for a three day visit. He was invited by Kazakh President Nursultan Nazarbayev for a state visit to the country.

Sri Lankan President accompanied by First Lady Shiranthi Rajapaksa was warmly welcomed by the Kazakhstan Minister of Economic Development and Trade Yerbolat Dosayev at the Astana International Airport. Sri Lankan Ambassador for Russia, Udayanga Weeratunga who is also accredited to the Republic of Kazakhstan was at the airport to receive the Sri Lankan delegation.

During the stay, President Rajapaksa will hold bilateral talks with the President and the Prime Minister of Kazakhstan. Two presidents are to discuss the problems of political and commercial and economic cooperation between the two countries as well as to exchange views on relevant issues of international policy and security.

Official spokesperson for the Central Communications Service for Kazakhstan, Altai Abibullayev confirmed an agreement on cooperation in the sphere of tourism and a memorandum on mutual understanding between the Kazakh Chamber of Commerce and Industry and the Ceylon Chamber of Commerce of Sri Lanka will be signed following the top-level bilateral discussions in Astana. President Rajapaksa is also schedule to address Nazarbayev University in Astana. 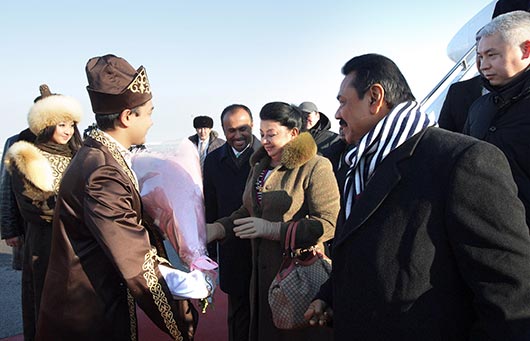 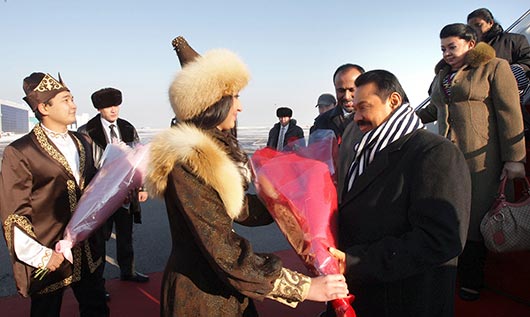 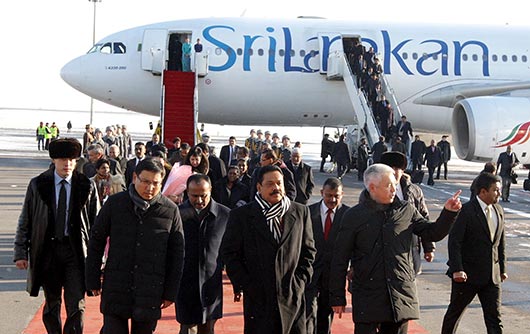 Home » President Rajapaksa arrives in Kazakhstan on a state visit