Establishment of Diplomatic Relations between Sri Lanka and Suriname 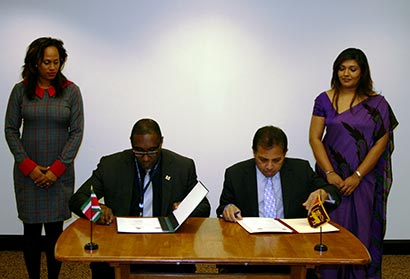 Upon the Signing of Agreement by H.E. Dr Palitha T. B. Kohona, Ambassador and Permanent Representative of Sri Lanka to the United Nations and H.E. Mr. Henry Leonard Mac-Donald, Ambassador and Permanent Representative of Suriname to the United Nations on 16th November, 2012 in New York, the Government of Sri Lanka and the Government of Suriname decided to establish Diplomatic Relations between the two countries with effect from 16th November, 2012.

The two Ambassadors agreed to facilitate high level visits between the two countries in the near future. 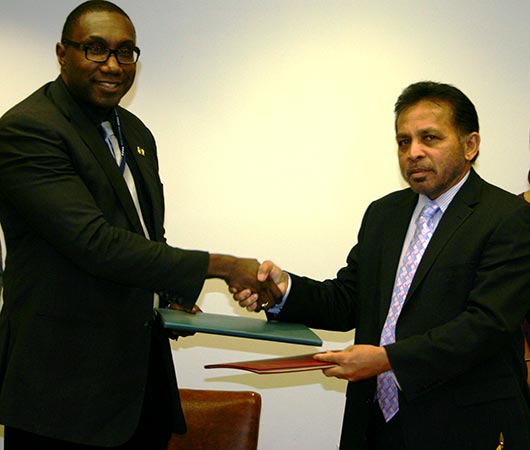 Home » Establishment of Diplomatic Relations between Sri Lanka and Suriname