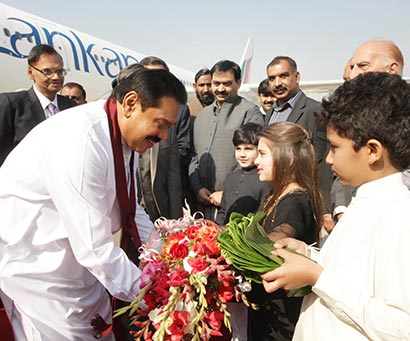 President Mahinda Rajapaksa arrived in Islamabad entering a new chapter in friendly ties with Pakistan today on 10 February. Sri Lankan President embarked on a two-day official tour at the invitation of his Pakistani counterpart President Zardari.

During the two day official visit President Rajapaksa will hold bilateral discussions with President Asif Ali Zardari and Prime Minister Syed Yousuf Raza Gilani. The two sides will discuss how they can strengthen the political, defence, cultural, tourist, media, economic, business and trade relations. Two agreements related to media cooperation and vocational training are due to be inked.

Both countries have shared common perceptions on almost all regional and international issues and have a strong history of working together. Pakistan has been a close ally of Sri Lanka and it has always extended its support and her people unreservedly. 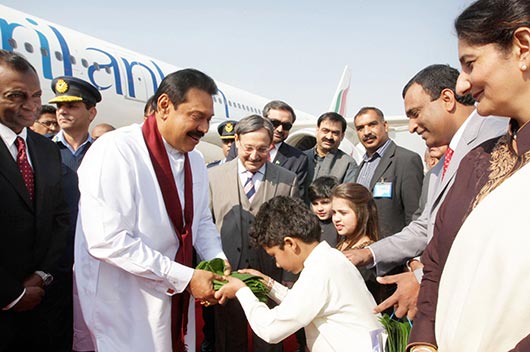 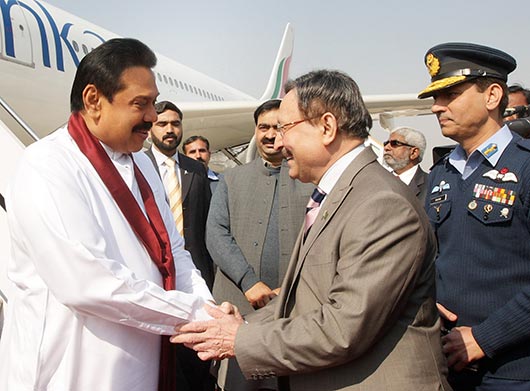 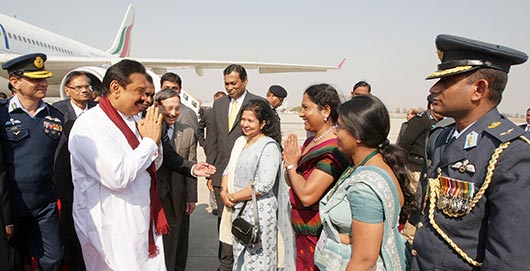 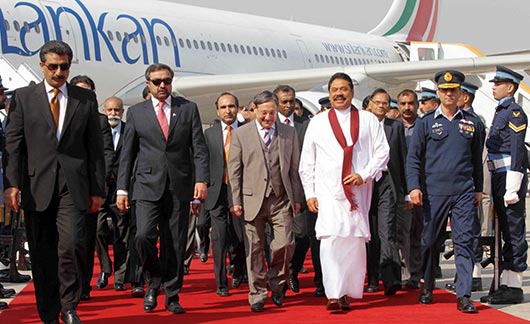