President Rajapaksa Conferred with the “Star of Palestine” 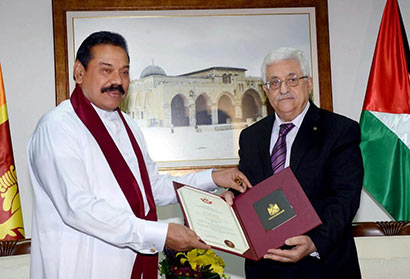 The Government of Palestine today conferred President Mahinda Rajapaksa with the “Star of Palestine” – the highest award of the State of Palestine.