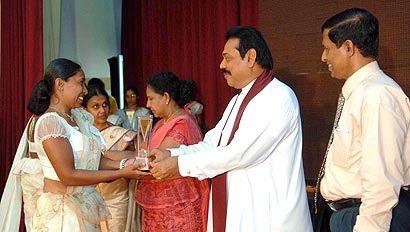 The National celebration of the International Women’s Day was held at Siribopura Singapore Community Hall in Hambantota under the patronage of the President Mahinda Rajapaksa and the First Lady Shiranthi Rajapaksa on 8th March.

The International Women’s Day falls on today. Women’s contribution to the decade of prosperity in Sri Lanka is the title of this year’s celebration and the first women’s Day which is being celebrated after the eradication of terrorism. President Rajapaksa participated the event and said that the eradication of terrorism was the most valuable gift given to the women in Sri Lanka. He further said that the government has created a healthy condition for women to live with a sense of pride and promised to eradicate drug menace and the poverty which badly affect and depress women in Sri Lanka. 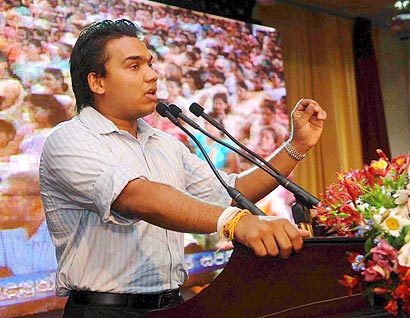