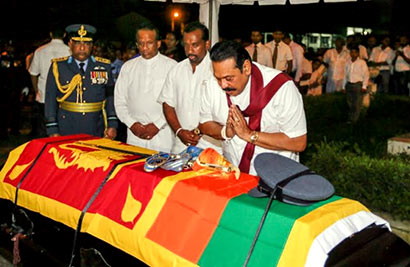 President paid his last respects to the remains of Squadron Leader Abeywardena at the Borella Kanatta today. He also expressed his condolences to the family members.