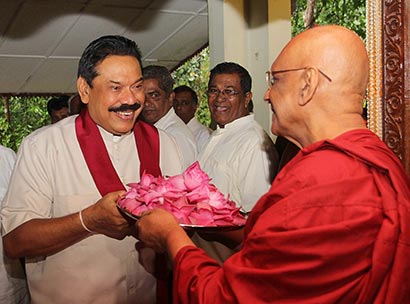 The President participated in religious observances and engaged in a cordial discussion with the prelate while in return Venerable Dodanpahala Chandrasiri Thero blessed him by chanting Seth Pirith. President Rajapaksa also paid floral tribute to the golden reliquary of the Temple.  It is considered as the largest ever casket of relics of the entire Asia that was placed amongst 3429 beautifully carved Buddha statues. The Vice President of the Sri Kalyanawansa Thapowana Sangha Sabha Ven. Miththabani Thero also invoked blessings on the President. Ven. Kiribathgoda Gnanananda Thero was also present.

The President declared open the new building of the Kumara Kashshapa child development centre built within the premises of the temple.

Members of the Maha Sangha, Minister Bandula Gunawardena, Mayor of Kaduwela G.H. Buddhadasa, members of the dayaka sabhawa and large number of devotees were amongst those who participated in the occasion. 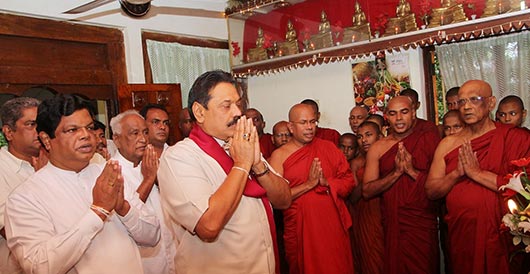 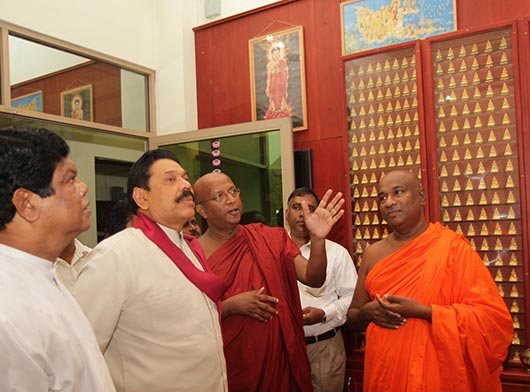 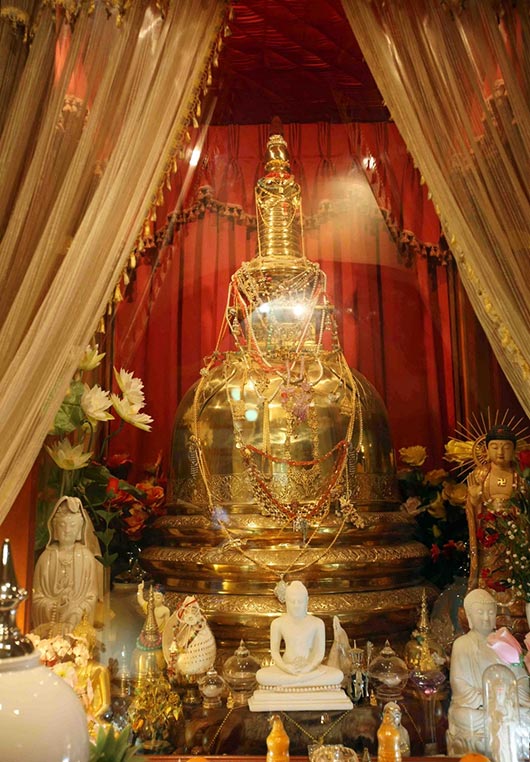 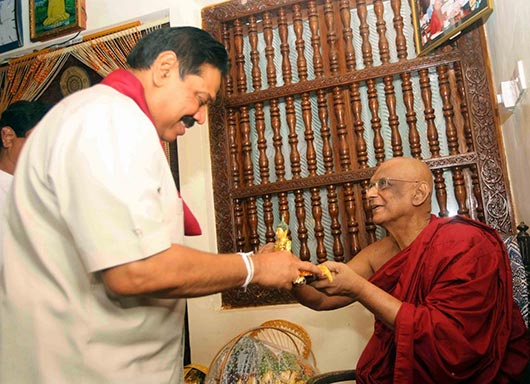 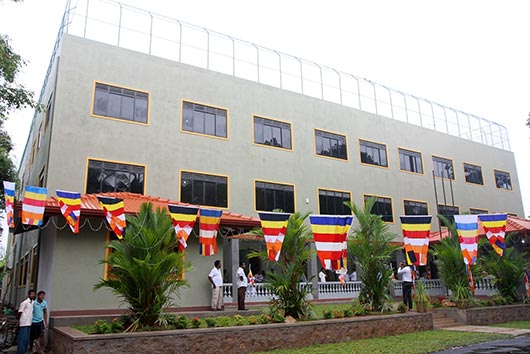 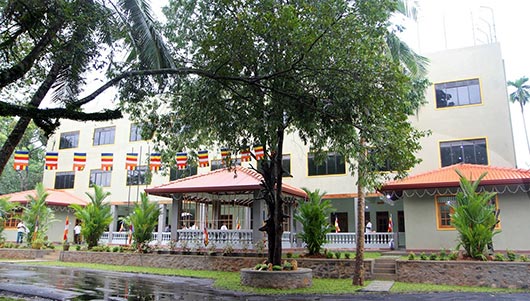