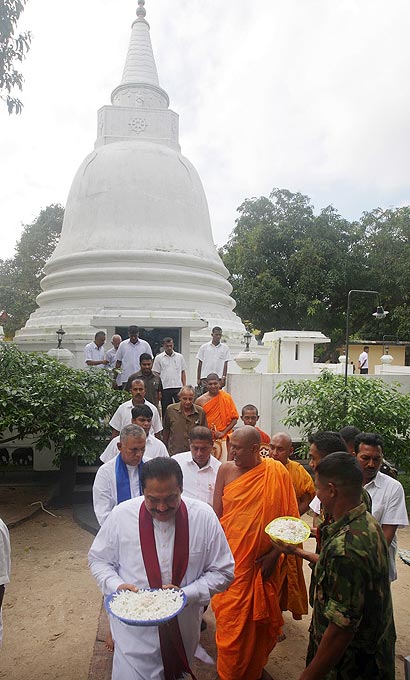 President Mahinda Rajapaksa paid homage to Nagadeepa Temple in Nainativu Island on 17 January after attending at the National Thai Pongal Festival which was held at the Alfred Doraiappa Stadium. Chief incumbent of the Nagadeepa Temple and the Chief Sangha Nayaka of the Northern Province, Venerable Navadagala Padumakiththi Tissa Nayaka Thera bestowed blessings on the President. The President also laid the foundation stone for the proposed museum and library complex at the Nagadeepa Temple premises. A large crowd flocked to the area to witness the occasion. The President also had cordial discussions with the devotees, school children and locals who visited the Nagadeepa.

A group of classical musicians from the North met President Rajapaksa at Thal Sevana Holiday Resort near Kankasanthuraya beach where the President spent the night. They have displayed their musical talents by presenting their classical creations. It has been reported that this is the first occasion a Sri Lankan president in recent history has spent a night in Jaffna. Northern Province Governor, Major General (retd.) G.A. Chandrasiri, local politicians and Secretary to the President Lalith Weeratunga were also present. 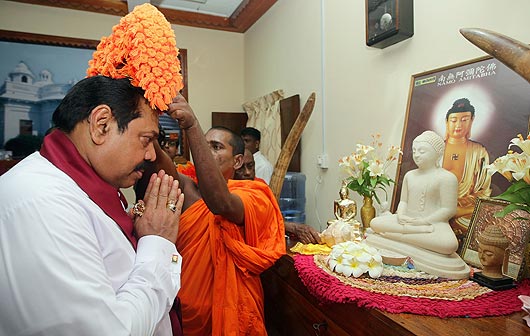 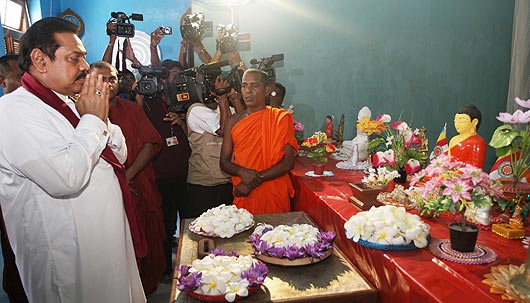