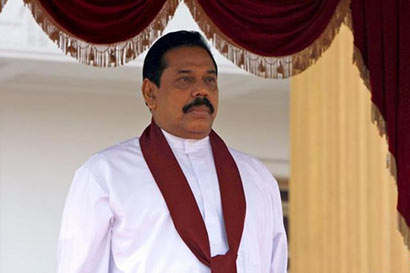 President Mahinda Rajapaksa, in a letter to Iranian President Dr. Hassan Rouhani, conveyed condolences to those who have been affected by the crash of the passenger plane in the capital Tehran.

According to latest reports, 39 people were killed and several others injured from the crash.