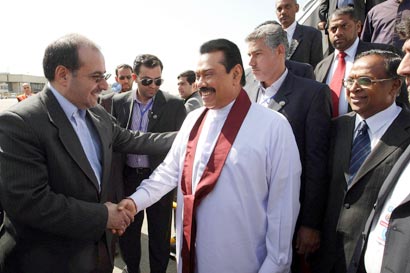 President Mahinda Rajapaksa arrived in Teheran on Sunday 16th May to attend the G15 Summit which is scheduled to begin at the International Islamic Conference Hall in the Iranian Capital on Monday. Sri Lankan President was received by Minister of Commerce of the Iranian Government Mr.Mahadi Ghazanfam at the Meherabad International Airport this morning.

The membership of the Group of 15 (G15) has expanded to 18 countries, but the name has remained unchanged. The group comprises Algeria, Argentina, Brazil, Chile, Egypt, India, Indonesia, Iran, Jamaica, Kenya, Nigeria, Malaysia, Mexico, Peru, Senegal, Venezuela, Zimbabwe and Sri Lanka. It was established 20 years ago from developing countries in Asia, Africa and Latin America to enhance the economic, political and multilateral trade activities among the members and also to provide input for other international groups.

The Summit will focus on cooperation among developing countries in the area of investment, trade and technology. The Group of 15 accounts for one third of the global population and consists of some of the biggest and powerful economies of the world. 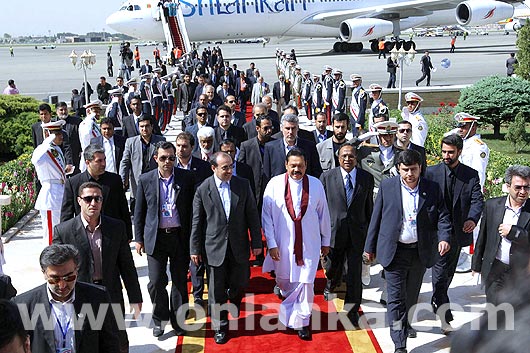 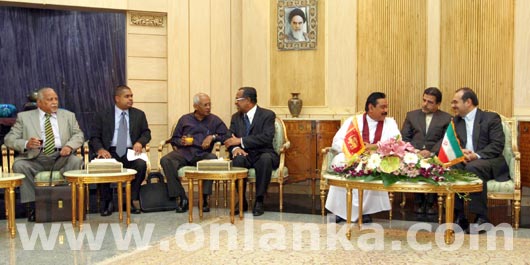