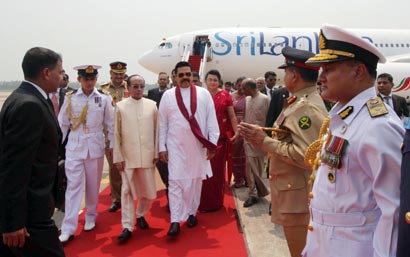 Bangladesh President Zillur Rahman warmly received his Sri Lankan counterpart at the Hazrat Shahjalal International Airport in Dhaka as President Rajapaksa began a state visit to the country. A 21 gun salute greeted the President as he alighted from a Sri Lankan Airline aircraft accompanied by Sri Lankan First Lady Shiranthi Rajapaksa. Two tiny tots presented bouquets to the President and Mrs Rajapaksa and an elegant contingent drawn from Bangladesh three forces gave the distinguished visitor a guard of honour at the VVIP terminal of the airport.

After the airport ceremony, President Rajapaksa and his delegation were driven in a ceremonial motorcade to Sonargaon Hotel where they will be staying during the visit.

President Rajapaksa will hold official talks with Prime Minister Sheikh Hasina at her office on bilateral issues as well as regional and international issues of common interest. The talks will be followed by signing of several bilateral agreements in the areas of export promotion, business, shipping service, agriculture, fisheries and livestock, tourism, education, religion and culture.

Sri Lanka has a cordial relationship with Bangladesh since the former East Pakistan emerged as a new nation in 1971. Diplomatic ties between the two countries were established in 1972. Sri Lankan High Commission in the Bangladeshi capital was established in 1979. Sri Lanka also has a consulate office in Chittagong. Both countries are also actively involved in the region as members of the South Asian regional union, SAARC. Apart from these, Sri Lanka also has a long established historical cultural and religious relationship with Bangladesh. 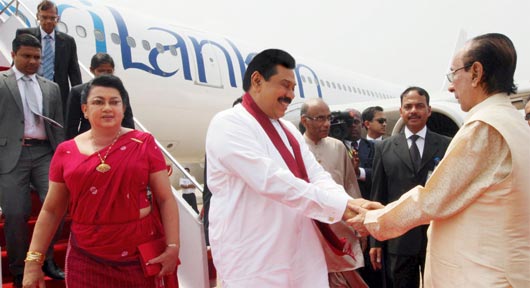 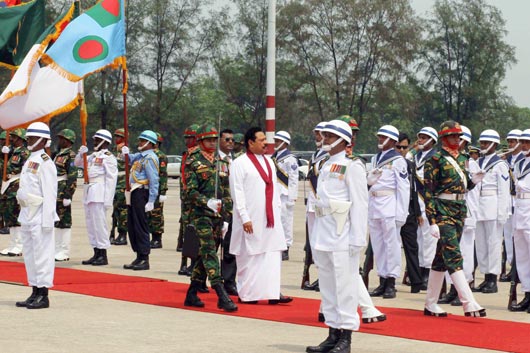 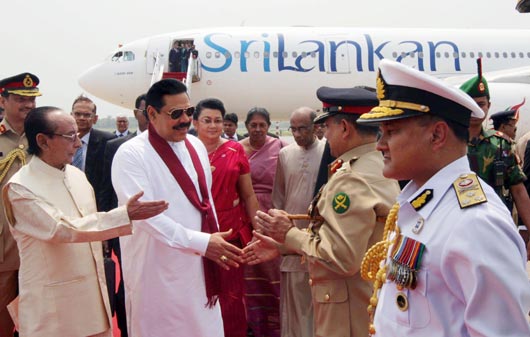