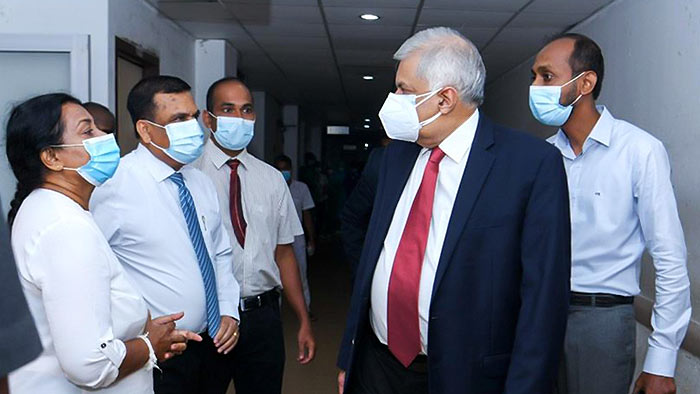 President Ranil Wickramasinghe visited the Colombo National Hospital this morning (August 19) to check about the well-being of veteran actor Jackson Anthony, who was seriously injured in a motor accident in Anuradhapura on 02nd July, 2022.

It was reported that the president requested the actor’s wife Kumari Munasinghe to inform him of any need regarding the treatments.

Further, the President also inquired into the wellbeing of the actor’s wife and family.

Later, President Wickremesinghe, who met with the Director of the National Hospital, mentioned that expeditious measures will be taken to supply medicines to the patients which are currently facing shortages.

The President during the visit had held a friendly chat with a few people at the National Hospital as well.

The president stated that he has a greater responsibility regarding the lives of the patients affected by the shortage of medicines in the hospitals across Sri Lanka.