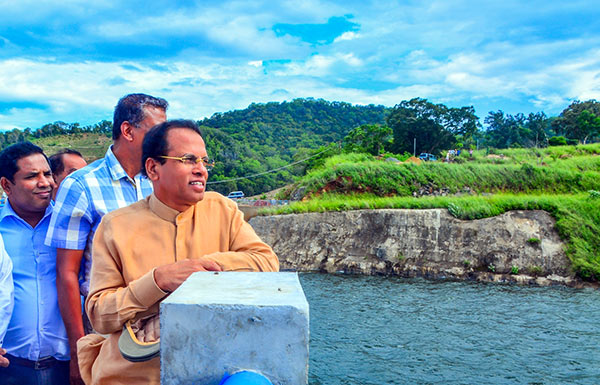 The Moragahakanda reservoir reached the required sea level 178m for the electricity generation due to the high rainfall.
Speaking at the occasion, the President said this was one of his dreams which became a reality. “I was waiting for this moment for a long time”, he said.

Moragahakanda reservoir, the wonder of irrigation in the Knuckles mountain range will provide required water to the farmers while adding Mega Watt 25 electricity to the national grid.

The research on electricity generation will be carried out for four days and then will add Megawatt 25 to the national grid.

Moragahakanda reservoir is situated 132m higher from the sea level. This has ability to generate electricity to the utmost level. It will save Rs.336mn annually form the fuel cost. 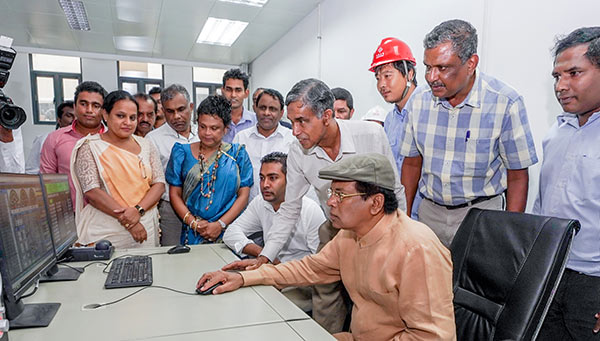