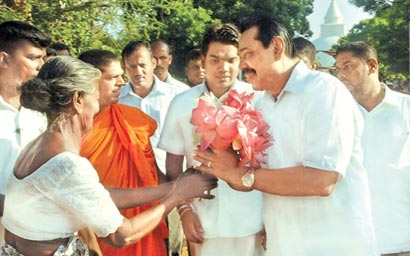 He first visited the ancient ‘Kiri Vehera’ and engaged in religious observances. The Chief Incumbent of the temple Ven. Aluthwewa Soratha Thera chanted pirith to invoke blessings on the President and the others accompanying him.

Later the President attended a special religious ceremony at the Kataragama Devalaya organized to invoke blessings on him.