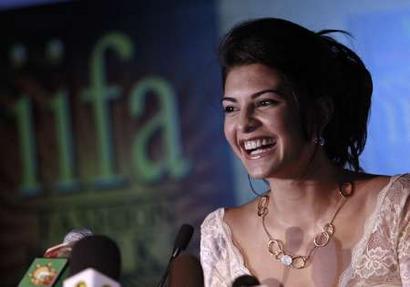 The Sri Lanka Tourist Board said some of the most popular Indian actors have confirmed their participation at the 11th International Indian Film Academy Awards which will be held at the Sugathadasa Indoor stadium on June 5. Actors Sanjaya Dutt, Bipasha Basu, Sharman Joshi, Genelia D’Souza, Rajiv Kapoor, Malaika Arora, Aamna Sharif, Sarina Khan and others will arrive to take part in the three day gala event.

The hosts of the fashion extravaganza Vivek Oberoi had already arrived while Dia Mirza had confirmed that she will take part. Indian vocalists Kailash Kher and Anushka Manchanda too will be here to enchant music lovers with his songs.

“More artistes will be arriving tomorrow to take part in the Videocon IIFA Weekend and the Micromax IIFA Awards,” a Sri Lanka Tourism source revealed.

Actors Hrithik Roshan and Sunil Shetty will be skippers for the IIFA ‘Charity for Children’ fund raising cricket match between Bollywood stars and Sri Lankan cricketers. Sanjaya Dutt and Bipasha Basu will toss the coin at the event which will fund the constructions of 100 houses in a village for refugees in Kilinochchi.

The proceedings will also go to UNICEF for the rehabilitation program for former child-soldiers and displaced children in the north. Salman Khan is the Charity Ambassador for the event.

“IIFA has given us an opportunity to further its profile in the international market and generate positive interest within the Indian film industry due to the country’s proximities. IIFA will support the country’s efforts in promoting our destination as a film shooting locale and strengthening the historic bilateral ties between India and Sri Lanka that has contributed greatly in developing the country’s economy,” Economic Development Deputy Minister Lakshman Yapa Abeywardana said. Actors Bobby Deol and Mugdha Godse will unveil the first look of their horror-thriller, Rajeev Virani’s Help at the IIFA awards 2010.

“I am very happy that the first look of our film will be unveiled at an International platform like IIFA,” Deol told the media. The film will hit theatres July 9.