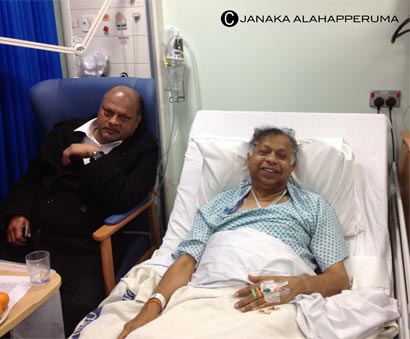 The former Minister and senior opposition parliamentarian was found unconscious while travelling there and later admitted to East Surrey Hospital in London, where he was recommended to have an open heart surgery.

He had sent all documents regarding the expenses to the UNP General Secretary Tissa Attanayaka.  President Rajapaksa agreed to take care of the matter by the President’s Fund,

The Sunday Times in Colombo said Attanayaka conveyed the message to Dr. Jayalath Jayawardena about the President’s decision.