Protest against Maithripala in London 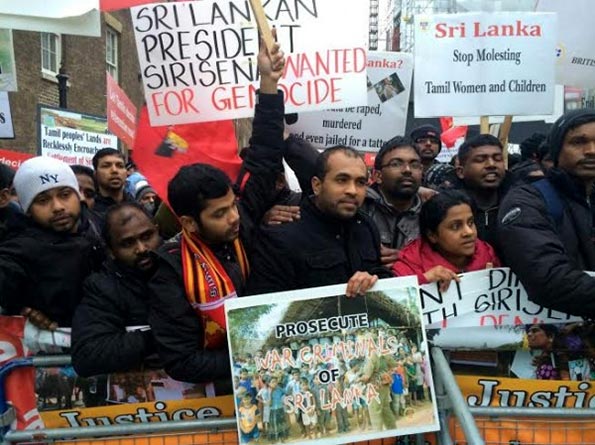 A large number of British Tamils staged a rally in London on Monday (09) against the visiting Sri Lankan President Maithripala Srisena.

This rally was organized by British Tamil Forum (BTF) while Several British Parliamentarians and other political leaders also joined and addressed this huge rally, according to media reports.

The protesters claimed that President Sirisena, who was the acting defense minister in the last two weeks of the war, played a “role in the killing of large number of Tamil civilians” during the last weeks of the war that ended in May 2009.

A Commonwealth Day service was held at Westminster Abbey and was attended by the Queen, the Duke of Edinburgh and the Duke and Duchess of Cambridge, alongside representatives of Commonwealth Nations including President Sirisena.

On Sunday (08) when the Sri Lankan President arrived at Heathrow Airport, a demonstrations was held near the airport by a group of Tamils. 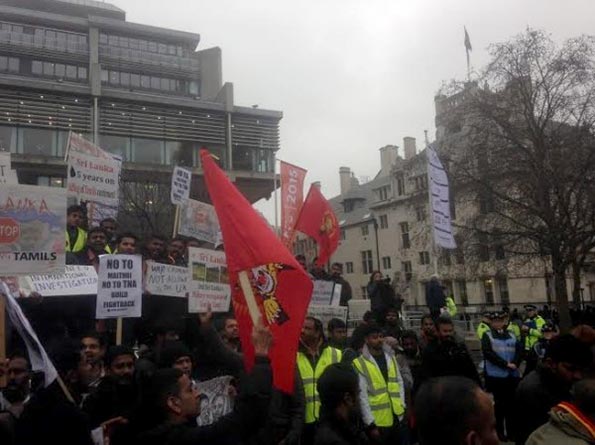 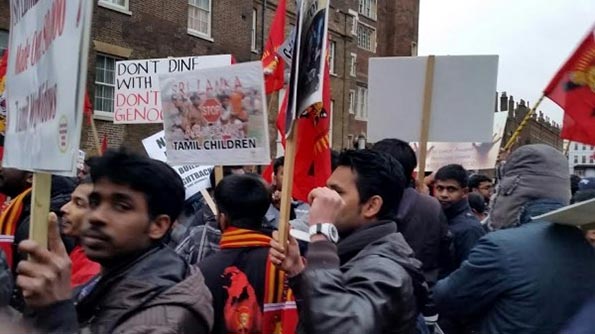 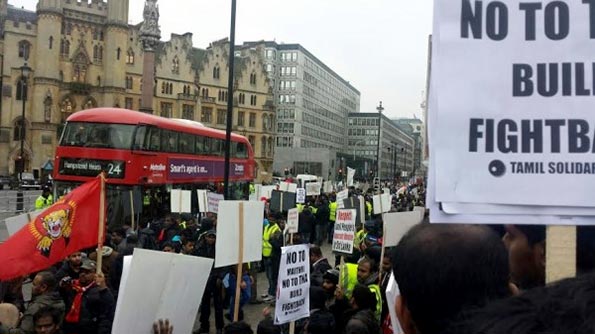 3 Responses to Protest against Maithripala in London

Home » Protest against Maithripala in London