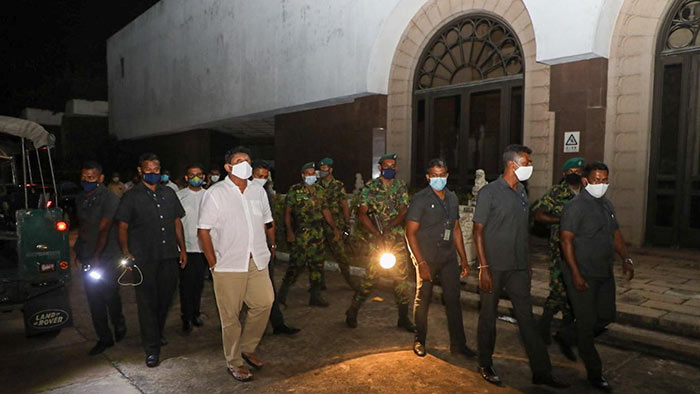 The Samagi Jana Balawegaya says the public is concerned over the fire that broke out at the Supreme Court complex yesterday.

Speaking during a media briefing at the Opposition Leader’s Office Parliamentarian Manusha Nanayakkara said even in the past several institutions caught fire adding there was always a reason behind it.

The MP noted however that the public has raised suspicions on whether it was an attempt to fast-track cases.

He stated however the fire was doused by last evening claiming in the event someone was attempting to destroy files, they failed at doing so.

He said the cause behind the fire will be revealed in the near future.

MP Manusha Nanayakkara said the 15th of December, the date that a fire arose within the Supreme Court complex, is a decisive day in the country’s political history.

He added on the 14th of December in 2018 the Supreme Court issued a verdict to end the 52-day political coup and on the 15th Prime Minister Mahinda Rajapaksa resigned from his post.