Rajapaksas want power to protect themselves, not country’s security 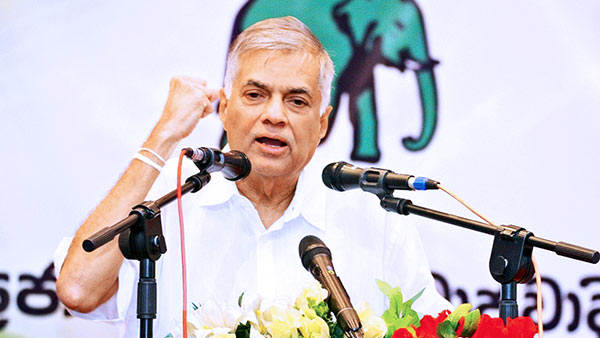 Prime Minister Ranil Wickremesinghe said, in Jaffna, yesterday, that the Podujana Peramuna Presidential candidate Gotabhaya Rajapaksa and his brother Mahinda Rajapaksa had asked for another mandate from the people, saying that they wanted to strengthen the country’s security, but when they were in power they protected only themselves and those close to them.

Speaking after opening a building housing the Jaffna Thirunelveli Economic Center, the Prime Minister recalled that Tamil politicians such as Maheshwaran and Raviraj had been killed within high security zones during the tenure of the Mahinda Rajapaksa government, but no one was brought before the law for such heinous crimes.

of conflict and tension in the country after the conclusion of the war, expected another five year term, when all they did between 2005 and 2014 was to eliminate those who criticised their corrupt and criminal actions, while providing security only to those who were near and dear to them, their stooges and friends. Wickremesinghe said the UNP-led government had eliminated the fear psychosis that had prevailed and re-established the rule of law, freedom of expression and the independence of public institutions including the Police and the judiciary.

1 Response to Rajapaksas want power to protect themselves, not country’s security

Home » Rajapaksas want power to protect themselves, not country’s security