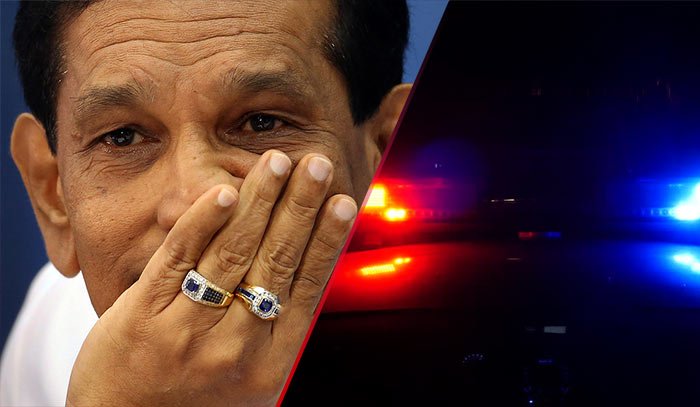 A senior officer attached to the Criminal Investigation Department (CID) said yesterday former Minister Rajitha Senaratne, against whom an arrest warrant had been issued over controversial statements made during a ‘white van’ media briefing, had not been present in both of his residences located in Colombo 7 and Beruwala.

He said a group of special officers attached to the CID searched several places the former minister had frequented lately but there was no trace of him. “The CID has written to the Speaker about former Minister Senaratne’s arrest,” he added.

The CID sleuths had reportedly inspected two residences occupied by the former minister, one at No.22/B, Stanmore Crescent, Bullers Road in Colombo 7 and the other at No.66, Kandawatte Road in Beruwala, but to no avail.

According to information received, the residence in Beruwala had been rented out by the former minister during the past presidential election period.