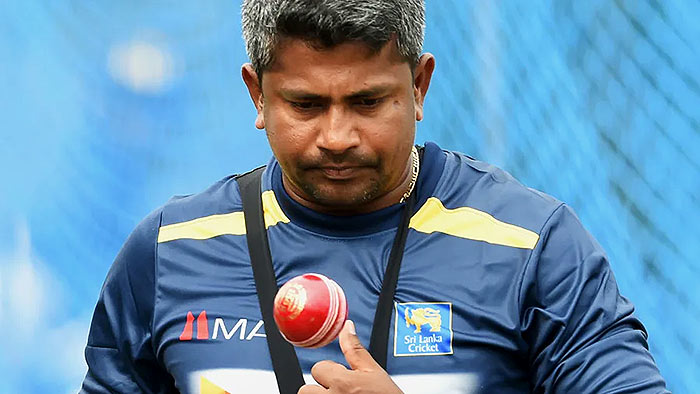 The Bangladesh Cricket Board (BCB) are very close to appointing a spin bowling coach while a new batting coach is also expected to be appointed soon, according to cricket operations chairman Akram Khan. The front-runner for the spin bowling coach’s role is Rangana Herath, who is ahead of Saeed Ajmal and Sairaj Bahutule in the running. Jamie Siddons, the former Bangladesh coach, could also make a return as the team’s batting coach.

Khan said the board was pressed for time to appoint the coaches because of Bangladesh’s stacked scheduling in the coming months. They are likely to depart for Zimbabwe on June 29 to play a Test, three ODIs and three T20Is, before facing Australia, New Zealand and England at home in at least 14 white-ball matches ahead of the T20 World Cup.

“It is difficult to find a coach during the Covid period but we will try to sign a coach before touring Zimbabwe as Australia will arrive right after the Zimbabwe series,” Khan said. “Then England and New Zealand will also come. That’s why we are trying to finalise it now. Three spin bowling coaches (candidates) will come from Asia, one each from Sri Lanka, India and Pakistan. We are trying to communicate with them and maybe they will arrive in a few days. We will take the opinions of senior cricketers in the next two-three days, discuss it with the coaching staff, the head coach and we also need to think about it further.”

If the terms are agreed on, this will be Herath’s first major coaching role since retiring from international cricket in 2018 as a record-breaking Test cricketer. He will replace Daniel Vettori, whose contract with the BCB ended in April this year. Since the pandemic restricted travel in and out of New Zealand, Vettori was only available as spin bowling coach during Bangladesh’s white-ball tour of New Zealand in March this year. BCB’s coach Sohel Islam has been deputising for him in some series.

“In the current circumstance, it will be difficult to get him [Vettori]. Hence, we are not showing any interest in him… To be honest, some players want Sohel as the spin bowling coach. We will take everything into account before making a decision,” Khan said.

He also suggested that Bangladesh were in the market for a new batting coach, replacing Jon Lewis who has been appointed on a series-by-series basis since the start of the year. Siddons, who was Bangladesh’s head coach between 2007 and 2011, is being talked about as the possible batting coach.

“We will first decide whether we will keep him [Lewis] or not. If we don’t keep him, we have two-three candidates shortlisted. One of them had worked with Bangladesh before. Hopefully, we will finalise it in three-four days.”